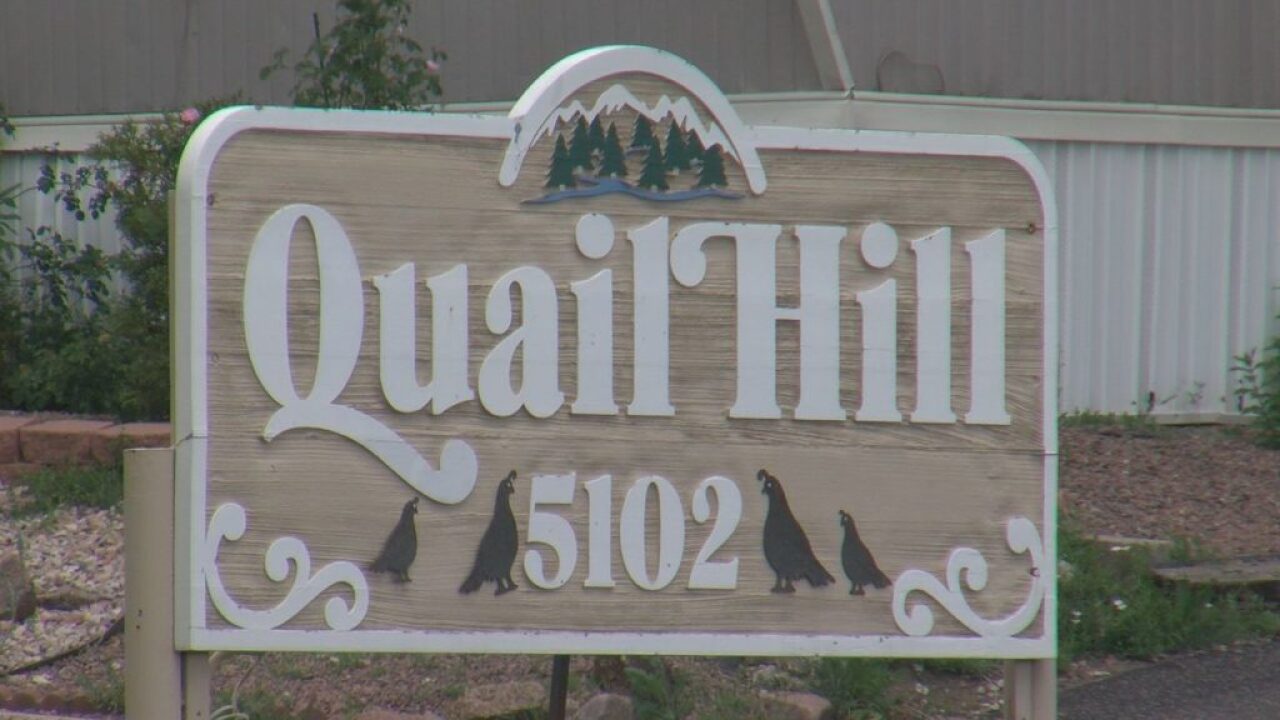 Management of the Quail Hill mobile home park sued a tenant over a chopped down tree. 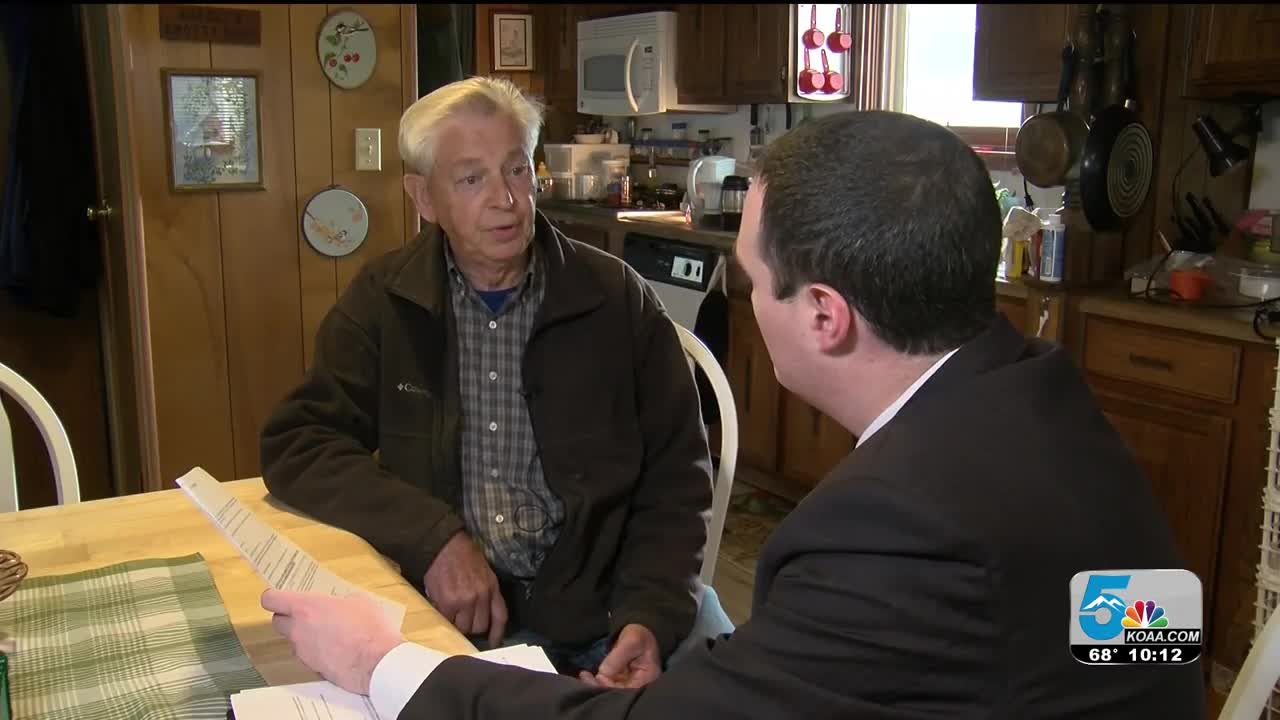 COLORADO SPRINGS — The property owner of the Quail Hill Mobile Home Park is suing a former tenant for tens of thousands of dollars over a tree. Don Pierce, a disabled Vietnam War veteran says a tree in front of his mobile home needed to be cut down so he could move his house. He says he and his wife needed to move to Canon City to care for his wife’s parents.

Quail Hill Mobile Home Park management apparently weren’t happy about a tree being chopped down, and now they’ve filed a lawsuit against Pierce and his wife. News 5 Investigates has also learned the complex is threatening four other neighbors with eviction if they each fail to pay $30,000 in damages. However, none of them reportedly chopped down the tree. They were simply “witnesses” to what happened.

Chief Investigative Reporter Eric Ross has been unsuccessful at getting property management to explain how they estimated a willow tree to be worth nearly a quarter of a million dollars.

“If I didn’t have to move my home, I wouldn’t have touched it,” Don Pierce, a former tenant said. Pierce and his wife are at the center of a lawsuit set to go to trial this fall—all over a single tree that once stood in front of their trailer. he complex is demanding a minimum of $50,000, but then reportedly told the Pierce family that damages could rise to more than $100,000. “To put them through this kind of stress and turmoil is unconscionable,” attorney James Barber said.

Barber is representing the Pierce family. An elderly, disabled veteran with a purple heart and bronze star should not have to face the potential of losing his life savings over a diseased tree that was blocking the removal of his mobile home,” Barber said. Barber claims the tree was already in bad shape and said branches were falling off. However, the real issue is that the tree reportedly needed to be removed in order to get the mobile home onto a trailer for transport. "We know unequivocally that the camper could not be moved,” Barber said. “In fact a moving engineer came out and assessed the situation and said they cannot get the mobile home out unless the tree is taken out."

Four other neighbors also got served legal notices—each threatened with eviction if they don’t pay $30,000 for a tree that was never on their property.

"I don’t have that kind of money,” neighbor Dale Hodges said.

"I’m disabled,” he said. “I couldn’t cut a tree off if I had to. We couldn’t even imagine what $30,000 is. This whole thing shows how intimidating someone can be if they want to be.” After doing some quick research, we found baby weeping willow trees going for as little as $30. A 6-7 ft. tree runs just under $80.

“What I see is a pattern and practice of bullying our senior citizens at a time in their life where they should be taken care of, not forced out and intimidated out of their homes that they’ve been living in for decades,” Barber said. We reached out to on-site property management and Brian T. Ray, the attorney representing the mobile home park in the lawsuit against Pierce and his wife. Neither called us back, but we did get a voice message from the property owner.

“No one will be giving any comments at all regarding this matter,” property owner Harvey Miller said via voice mail. “You can stop calling the attorney and or my employees and or the corporate office. Thank you very much.”

Barber calls the lawsuit against Pierce and his wife “an abuse of our judicial system in order to shake people loose of their life savings”.

Here’s a breakdown of fees the mobile home park believes it’s entitled to:

Q: Can a landlord legally evict someone for simply “witnessing” a tree being chopped down and not reporting it to the management office?

A: A landlord or property management company cannot legally evict a tenant without going through the court process. They can threaten eviction, but ultimately the approval comes from the judge. Typically evictions are granted when a tenant does not pay their rent. News 5 is unaware of any cases where a tenant has been evicted for matters that have nothing to do with their rental payment history or their property.

A: All four neighbors were served separate notices that only contained their name on it. Had these neighbors not been friends with one another, it’s unlikely each would have known about the other notices served. We wanted to seek clarification and discuss this matter with management, but we were told they were not going to be making any comments.

Q: Will you be following the lawsuit against Mr. Pierce and his wife after this story airs?

A: Absolutely. We plan to sit in the courtroom during the scheduled trial dates. It’s unclear whether the Quail Hill Mobile Home property owner will be in attendance, but his attorney likely will be and we’ll be following up with questions regarding this matter.

Q: What are the current tenants doing about the notices they received?

A: Some are seeking legal assistance. We are not sharing their identities as they expressed concerns of retaliation by property management.