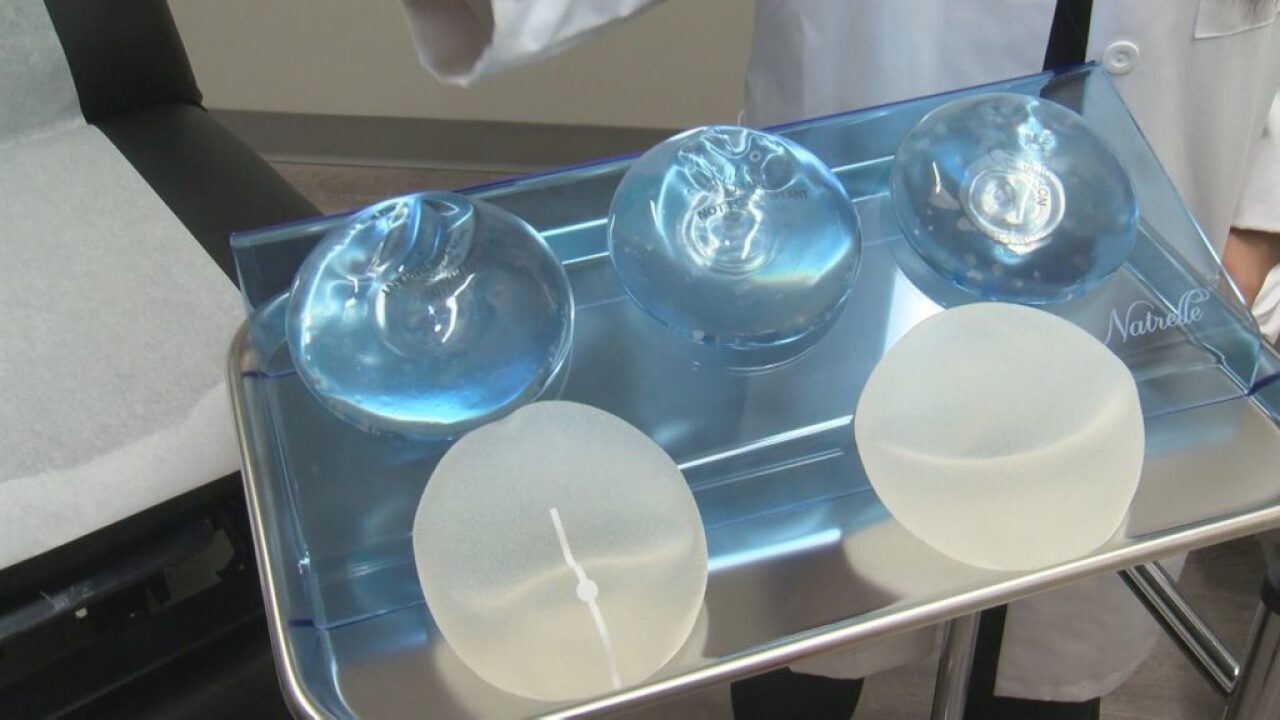 COLORADO- Hundreds of women in Colorado are a part of a growing community of women who say their breast implants are making them sick.

These women are a part of a nationwide movement of more than 80,000 women online claiming the same thing: they got implants and years later they’re facing health challenges.

Kit Thompson recently found this support group of women, years after getting implants. She had the procedure done after getting a mastectomy when she learned she had the BRCA gene, which put her on a higher risk of breast cancer.

“I thought it was either, you do it this way or you just have no reconstruction and just live with the scars for the rest of your life,” said Thompson, whose mother and other family members had breast cancer.

Thompson says she had the procedure done quickly, she recalls finding out about the mastectomy and days later found herself in surgery. Fast forward from her 2012 procedure, she had to get the implants redone in 2013 and today, on the worst days she describes a series of symptoms.

“Chronic fatigue, headache, dull pain, just all over, sharp pains in my chest a lot of that scar tissues pulling,” Thompson said.

She claims, along with thousands of other women across the nation she has Breast Implant Illness (BII) where women say their implants on the cause of health issues.

However, surgeons and doctors say there’s limited research and currently no diagnosis. Yet with the word getting out on social media, more and more women are approaching medical professionals with concerns.

In March, the Food and Drug Administration (FDA) held a meeting to take a look at breast implant illness and to look at possible action. Ultimately, the FDA didn’t make any moves to ban or place limitations on the implants, including a kind that’s caused concern for Lymphoma. Many surgeons are no longer placing the textured implants with connections to the disease as a precaution.

For Denver surgeon, Dr. Linda Huang, removing implants is something she’s been doing for concerned women since the ’90s.

Huang added she’s performed thousands of explant surgeries, and she still performs implants as well. While there’s limited research being done on Breast Implant Illness, and no official diagnosis she says many of her patients do feel better over time after having them removed.

“I actually believe in it, so when I’m removing it, I try really really hard to be careful about taking everything out, rinsing it very carefully,” Huang said.

The process of implants is much quicker than the process to remove them, and in many cases, the explant surgery is more expensive.

So why is this coming to the forefront in the last few years? Surgeons say there’s no doubt the movement on social media is playing a major role in that. With more patients asking questions, and surgeons explaining the possible impacts it could have on them.

One of the women having an impact in spreading the word- is Cheresa Hanes from Colorado Springs. Hanes began a Facebook group for women in the state who have questions about breast implants and breast implant illness.

“We’ve been made to feel like we’re crazy by a lot of the medical profession,” said Hanes, “I think it’s something that’s catching on I think it’s a movement that’s growing but I think we have a lot of work to get everyone woman to know that this a possibility so that they can be well informed.”

Hanes got implants in 1999, and due to complications and challenges had four different sets of implants over the 17 years she had them. After reading an article online, she realized her implants may be part of her health issues.

On election day in 2016, she had the surgery to get them removed. She says she is now working again and able to function in a way she couldn’t for a long time. She also spends part of her free time as an advocate for women like Thompson, who haven’t had the explant surgery yet.

While surgeons admit there’s no official diagnosis, that’s not to say they’re shying away from the illness itself. Especially as thousands of women nationwide, and in some cases internationally bring awareness to the challenges.

“This tells the medical community that we should pay attention and not disregard it,” said Wong.