Public records hold government officials accountable and promote transparency so you know exactly where your tax money is going, but some agencies are using open records laws to keep the public in the dark.

March 10-17 is Sunshine week—a national push to show the importance of “open government” and the dangers of unnecessary secrecy.

While journalists often file open records requests, the average citizen has the same rights to request records as we do.

“Public records laws have become a fundamental part of our democracy,” Colorado Freedom of Information Coalition Executive Director Jeff Roberts said. “Knowing what your government does is really important to being able to effectively participate in our democracy.”

Roberts’ organization works to educate Coloradans about open records laws and how to access public documents.

“They (public records) help you hold government accountable and give you confidence that our public officials are doing a good job,” Roberts explained. “If you didn’t have access to this information, you would just have to take their word for it.” 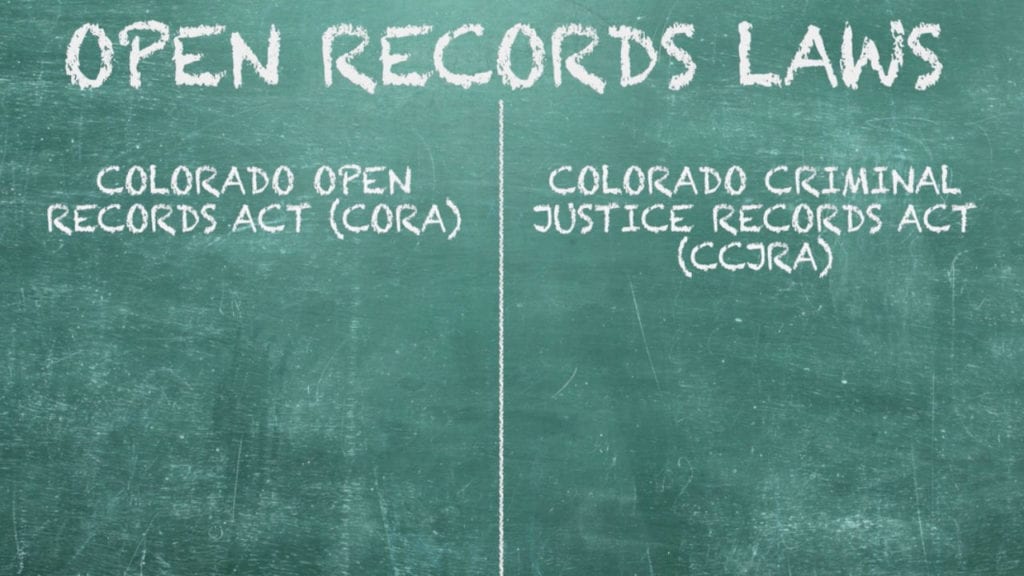 CORA, also known as the Colorado Open Records Act, applies to state and local governments such as city hall, public works and your local fire department.

CCJRA, also known as the Colorado Criminal Justice Records Act, applies ONLY to criminal justice agencies such as police departments and the District Attorney’s Office.

-Requires a response from the agency within three business days

-First hour of research is free

“There’s a presumption that these records (under CORA) are open for inspection unless somewhere in CORA or somewhere in state law or a judicial decision says they may not be.”

Unlike CORA, there’s no set time frame for how quickly criminal justice records under CCJRA need to be compiled. Also, there’s a lot more discretion when it comes to releasing them.

Records custodians can also bill for the actual time it costs to produce and retrieve the requested records. There is no “free hour” of research built into these requests, although a citizen can always ask for reduced or waived fees.

“Criminal Justice records are in this big category of records that can be withheld upon the finding of ‘contrary to the public interest,'” Roberts said.

It’s a common denial one local police department has used over and over again when News 5 Investigates has requested information about suspected crimes. 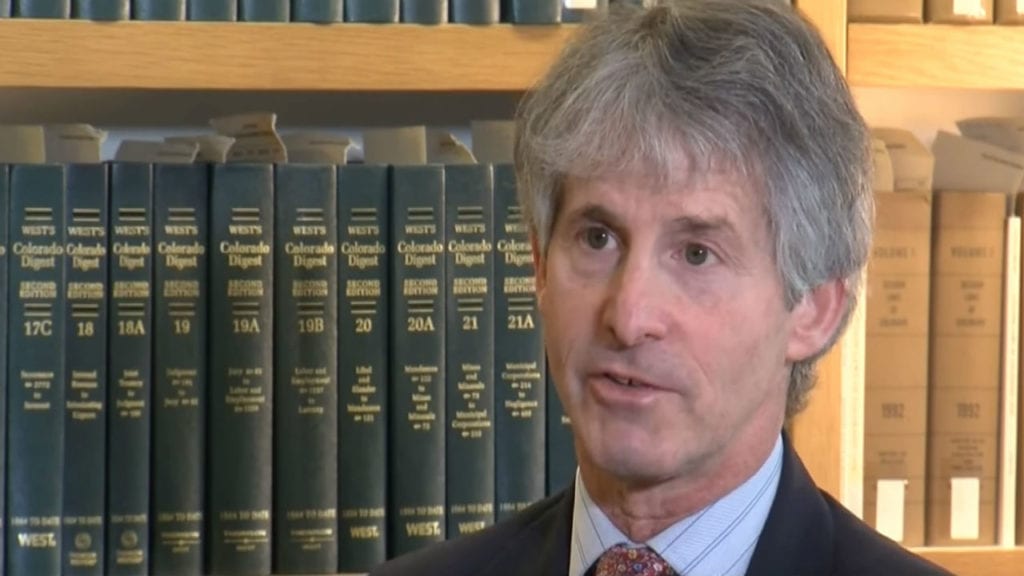 “The statute gives great discretion to Sheriffs and the police chief and others in the criminal law enforcement area to withhold records if in their opinion, disclosure would be contrary to the public interest,” Zansberg said.

However, law enforcement agencies are supposed to first determine why the records should be withheld.

“Before making a finding of contrary to the public interest, a law enforcement agency is supposed to conduct a balancing test of interests,” Roberts said. “One thing that the public or a journalist needs to do is to make sure that the balancing test has been conducted.”

According to Roberts, police are supposed to weigh the public’s interest in having the information and the agency’s interest in keeping records confidential.

For example, completed police internal affairs investigations into officer misconduct are often kept hidden from the public. Current legislation is hoping to change that “culture” of secrecy this year.

“The Supreme Court in Colorado has said that CCJRA favors disclosure and that records custodians should use redaction as a tool to release as much information to the public as they can,” Roberts said.

“In order to have a functioning, self governing democracy, we the people need to be able to independently monitor the conduct of our public servants,” he said.

Sometimes our “right” to access records comes at a major cost. Some agencies are charging thousands of dollars for records without any detailed explanation.

For example, a Colorado Springs Police Department spokesperson told News 5 Investigates it would cost more than $4,000 to find out how often police officers deploy their taser guns.

Our inquiry was prompted after Jeffrey Melvin, 26, died at Memorial Hospital after being tased multiple times by police who responded to a disturbance call.

“Neither law (CORA or CCJRA) says that they (the records custodian) must provide to the requester a detailed explanation of what it takes to produce records,” Roberts said. “I think it’s unfortunate so I always encourage people to ask anyway because I think the public is entitled to that. If they get an answer that their records request is going to cost $500, $800, or $1,200 to provide records, there should be an explanation with that.”

Right now in Colorado, if you don’t agree with a records request denial or cost to produce the records, you don’t really have a lot of options.

“They (the average citizen) don’t have a way to pursue challenges without going to court which can be a very intimidating thing,” Roberts said.

Roberts says if you get a cost estimate that’s out of your price range, consider the following:

-Ask to inspect records in person to avoid copying fees
-If your request is denied, there’s no law preventing you from re-submitting the request
-If a records custodian tells you they can’t release records because there is confidential information, ask for redacted copies

On a state level, progress to improve access to records is being made.

The Colorado Freedom of Information Coalition has had success capping CORA fees and forcing government agencies with digital records to release them electronically to avoid printing and postage costs.

“When we are notified of recurring and severe problems, we do try working with constituent organizations and their lobbyists to improve the law but the Criminal Justice Records Act, every time there have been efforts to improve that statute, there has been very strong opposition to doing so from the law enforcement community,” Zansberg said.

On March 14 at 10 p.m., News 5 Investigates takes an in-depth look at a bill making its way through the legislature now that would give the public access to completed internal affairs investigations involving law enforcement.

After multiple settlements by police related to officer misconduct, some lawmakers believe the public should have a right to know what, if any action was taken against the officer(s) involved.