On the same day Colorado Springs Mayor John Suthers delivered his State of the City Address and touched on the importance of ADA accessibility, the City issued a news release disclosing a $19,000 settlement related to alleged violations of the Americans with Disabilities Act.

“Since the Sweeneys filed their lawsuit, the City has invested hundreds of thousands of dollars in hiring additional employees dedicated to ensuring that the City is in compliance with federal disability laws,” a press release sent out by City Chief Communications Officer Jamie Fabos said. “The City has been performing record numbers of ramp and sidewalk improvements, funded in large part by the 2015 voter-approved 2C sales tax measure.”

A few days prior to this statement, News 5 Investigates asked to schedule an interview to talk about ADA-related improvements and projects.

We sent a total of six inquiries, two of which asked to speak with Mayor Suthers if the city’s ADA Coordinator and ADA Manager were not available.

Suthers did not respond to our request for comment.

As far as the settlement is concerned, the City admits no fault and reached the agreement to “avoid costly and uncertain litigation”.

“The terms of the settlement agreement, in which the City admitted no liability or wrongdoing, is a reflection of the City’s commitment to the needs of individuals with disabilities,” Fabos said.

Yet no one from the City will talk on-camera about their alleged commitment to addressing accessibility issues. 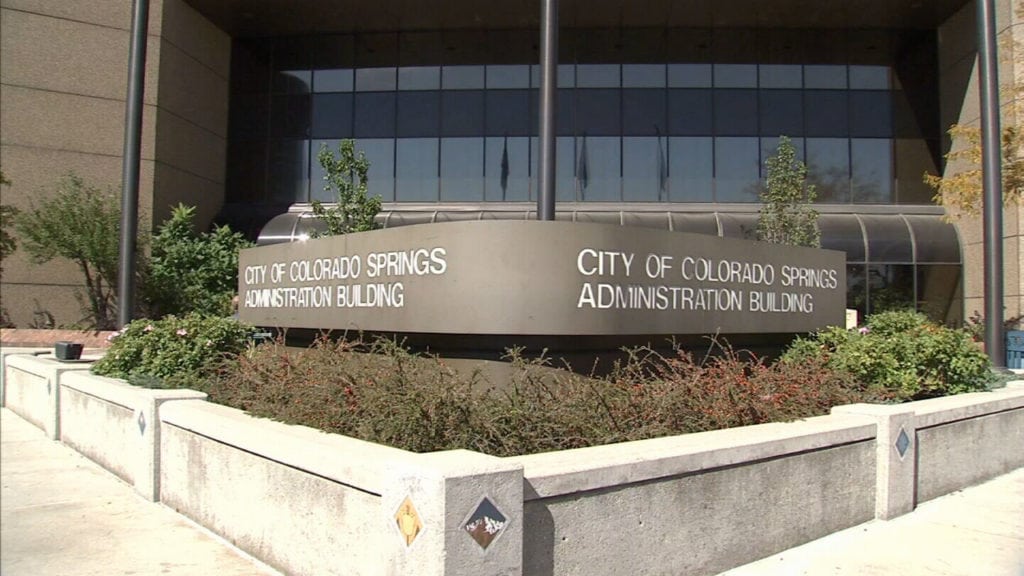 One concern disability advocates brought to our attention revolves around non-compliant parking lots in the region.

News 5 Investigates uncovered the City and Regional Building do not inspect business parking lots. This problem is independent of the allegations brought forward in the lawsuit against the City.

According to the news release, the City has agreed to receive public input on future ADA improvement plans and will host quarterly ADA public forums to get ideas and suggestions from the community on ADA issues.

“Ensuring that all people can access the City is a fundamental tenant of disability and human rights–a tenant that I believe this settlement agreement will work to honor and advance,” Christopher Sweeney told city leaders.

You can read the City’s news release related to the settlement here.