Suspect killed, no officers injured in shooting on Crestone Ln. 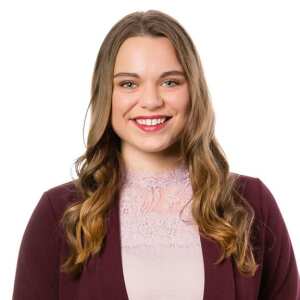 COLORADO SPRINGS – One man is dead following an officer-involved shooting this morning at 340 Crestone Lane, west of I-25 and Motor City in Colorado Springs.

According to the El Paso County Sheriff’s Office, just before 5 a.m. Saturday morning, CSPD officers contacted a suspicious male in a stolen vehicle at the Elevate Apartments. This apartment is located in the 400 block of Crestone Ln.

During the contact, the man began struggling with officers and shots were fired.

The Sheriff’s Office said the man succumbed to his injuries on scene. The officers involved in the struggle were uninjured and place on routine administrative leave in accordance with CSPD policy.

The identity of the man will not be released until the Coroner’s Office makes a positive identification and notifies next of kin.

In 2018, there were 3 fatal shootings involving Colorado Springs Police officers.

On February 5, 2018, members of the Colorado Springs Police Department and the El Paso County Sheriff’s Office were taking part in an arrest operation as part of an auto theft task force.  As the group moved in to arrest 19-year-old Manuel Zetina at the Murray Hill Apartments, he opened fire in a sporadic manner, fatally shooting Deputy Micah Flick and wounding several other officers.  Zetina was killed as officers returned fire.  The 4th Judicial District ruled the shooting as a justifiable homicide.

On March 12, 2018, 31-year-old Corky Oliver was a wanted fugitive when he was involved in a lengthy standoff inside a motel on South Nevada Avenue in which police determined he was holding a woman against her will. When police moved in to end the situation, Oliver was shot and killed by officers as he was reaching for a weapon just out of view.  The 4th Judicial District Attorney’s Office ruled the shooting as a justifiable homicide.

On April 25, 2018, 41-year-old Jesse Paul Schelegel was killed in an officer-involved shooting as a Colorado Springs Police officer was responding to a burglary call on 19th St. The officer got into a foot chase with the suspect, then witnessed a struggled between the suspect and a friend of the burglary victim. Schelegel was shot and killed. Investigators found a 9mm pistol near the suspect. The 4th Judicial District Attorney’s Office ruled the shooting a justifiable homicide.